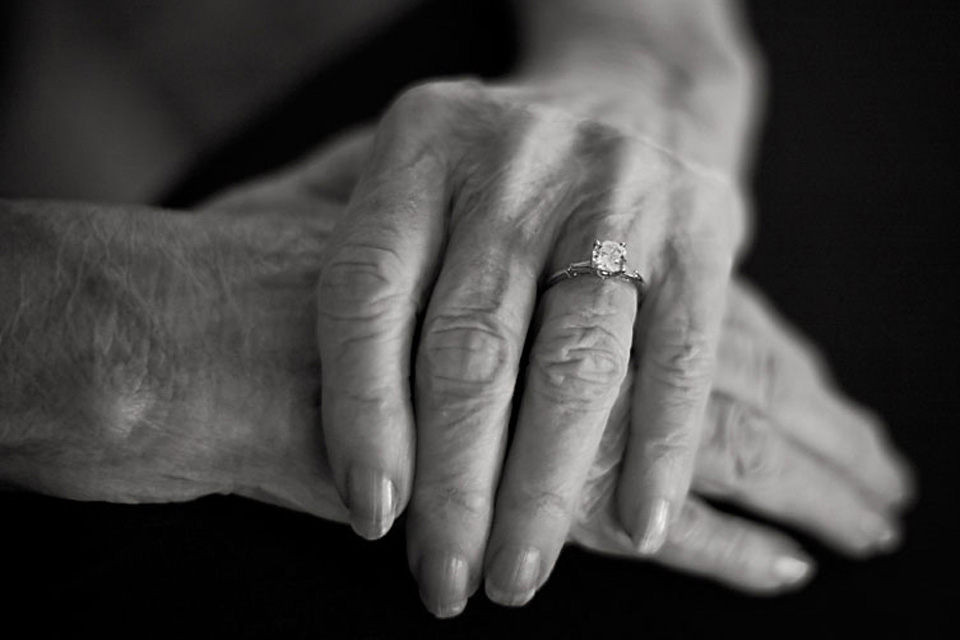 Carers have revealed what it’s really like to look after relatives with dementia, including sacrificing their career and holidays away – and doing it all alone.

And worryingly, the burden has only increased in the wake of the pandemic.

Despite the pressures, 22 per cent also said the pandemic has given them the chance to better understand their relative’s condition, according to findings from a new study.

Commissioned by Bupa Care Homes to mark World Alzheimer’s Awareness Month, the study of 375 carers of relatives with dementia found 83 per cent would welcome more support.

Alzheimer’s studies show there are around 850,000 people with dementia in the UK – with this figure expected to almost double by 2040.

Fran Vandelli, a dementia lead for Bupa Care Homes, said: “Dementia can be challenging, both for individuals and their loved ones.

“But a diagnosis doesn’t mean that someone can’t still live well.

“Carers do a brilliant job but it’s vital that they can access support, so they never feel like they’re on their own.

“Likewise, it’s important that other people understand the condition and how they can help.”

A fifth of those surveyed said they had to give up work permanently to focus on care, while a further 31 per cent had reduced their working hours.

The study found the physical toll also adds up – 37 per cent getting two weeks or less off each year from caring for their relatives.

A third care for the person alone – typically spending four days a week looking after them.

It also emerged the average respondent suspected their relative had been living with dementia for three years before it was diagnosed, with 40 per cent relieved to finally have confirmation.

Some of the most common symptoms of dementia include memory loss, confusion and problems with speech and understanding.

However, lesser known signs can also include unexpected mood swings, changes in someone’s sense of taste and smell, and difficulty with spatial awareness.

While the study highlights some of the challenges associated with dementia care, there are also plenty of positive messages for carers.

More than a third found the situation easier once they understood what was now happening.

The Bupa Care Homes study carried out through OnePoll also found 77 per cent believe loved ones with dementia can still lead a fulfilling life with the right support.

Furthermore, more than eight in 10 of respondents said caring for a relative with the condition has helped them to understand what’s really important in life.

Vandelli said: “It’s important that people understand this, to reduce the fear and stigma associated with the condition.

“It’s one of the fundamentals of dementia care: regardless of their diagnosis, people with dementia will always be the same people we know and love.

“Remembering this helps us provide the care that’s right for them.”

WHAT IS THE DIFFERENCE BETWEEN ALZHEIMER’S AND DEMENTIA?

Dementia is an umbrella term for conditions affecting mental skills like memory and communication. Alzheimer’s is the most common type of dementia, accounting for about two thirds of all cases.

The answer is a little complicated but, generally speaking, most common forms of dementia aren’t hereditary, including Alzheimer’s.

Some rarer types of dementia, like early onset Alzheimer’s, may be linked to our genetics.

Likewise, some ethnic groups may be at higher risk.  Researchers are working to better understand these links.

HOW DO I REDUCE MY RISK OF DEVELOPING DEMENTIA?

The best thing you can do is keep a healthy lifestyle.

High blood pressure and cholesterol can increase your chances of developing dementia, as can being overweight or underweight.

Some evidence suggests that lifelong learning can lower the risk too, or at least slow any symptoms.

As an adult, learning a new language or starting a short course may make your brain more resilient.

CAN YOU RECOVER FROM DEMENTIA?

At present there’s no cure for dementia, nor anything to prevent its progression, although medication can help people to maintain daily living skills, and therefore independence, for some time.

That’s why it’s important we understand the simple changes we can make to help assist people with the condition.

HOW CAN I SUPPORT SOMEONE WITH DEMENTIA?

We can do lots of things to help people with dementia.

For example, helping them stay physically and mentally active, or making lists, labels and reminders to lessen the impact of memory loss.

We can also make sure that their physical environment is adapted for them, ensuring their community is ‘dementia-friendly’ and inclusive.

As the condition progresses, it may be worth considering respite or full-time care to ensure they receive specialist support.

SHOULD I STILL VISIT LOVED ONES IN THE LATE STAGES OF DEMENTIA?

Even if they don’t remember seeing you, in the moment they can enjoy your company, and the good feelings resulting from a visit will last.

They’re still the same person you know and love, and your visits can help them feel safe and loved, even if they’re confused about who you are.

WHAT ARE SOME OF THE LESSER KNOWN SYMPTOMS OF DEMENTIA?

Dementia impacts the way our brain interacts with our taste buds and sense of smell, often making people partial to sweeter or stronger tastes.

It can also impact people’s perception of space and distance.

This one is often harder to spot, but can sometimes be seen if people are struggling to carry out tasks like parking the car.

Elsewhere it could trigger unexpected changes in behaviour.

Some people may present a short temper, while others might become more withdrawn or anxious, as they’re less able to engage with the conversations around them.

WHAT SHOULD YOU DO IF YOU NOTICE SYMPTOMS IN A LOVED ONE?

Symptoms aren’t exclusive to dementia and, in many cases, they can simply be a temporary blip or symptoms of an underlying and treatable health condition.

If symptoms become more frequent, encourage them to see a doctor.

Your GP will be able to carry out an assessment and, in some cases, they may be referred to a specialist at a memory clinic or hospital.

While dementia can sound like a scary diagnosis, the reality is that people with dementia can still lead happy and healthy lives.

It’s just a case of getting the right support around them and, the quicker a diagnosis is made, the quicker this can be done.