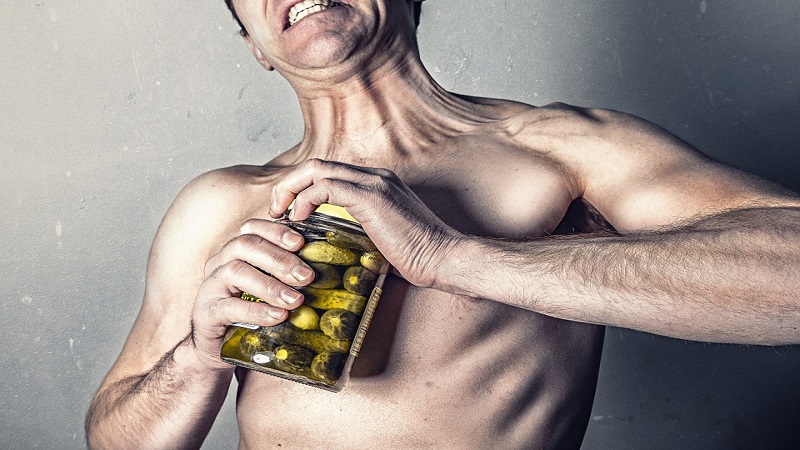 While according to the Office of National Statistics, the life expectancy for men has increased by as much as 5.4 years in the last three decades, meaning that men on average can expect to live to the age of 83, the life expectancy is still shorter than for women. As November is the awareness month for pancreatic cancer, it is the perfect opportunity for men to look at and make sure to take care of their general wellbeing.

There has been much speculation as to why women live longer than men – some cited alcohol and nicotine abused, yet a recent study by the University of New South Wales found that men and women drink the same amount. Others said that men worked more physical jobs, which is why their bodies wore down quicker – however, men and women are increasingly working the same jobs. Another theory from the Imperial Court of the Chosun Dynasty in Korea found that the answer could be found in testosterone (backed by later research by University College London), as eunuchs were found to live on average for almost twenty years longer than other men. Whatever the reason, it is paramount that men take the following health checks, especially as they reach older age.

Men should get frequent screens, especially for bowel and prostate cancer, to detect any problems early on and deal with them as quickly as possible. It is also advisable for men to check their levels of cholesterol – if your cholesterol is too high, it can block blood flow in the arteries and increase the risk of heart attack or stroke. Additionally, men should also make sure to watch their weight as they age. With age, our metabolism slows down; muscle tissue is replaced with fat, which means weight gained in later years is more difficult to shift. It can also lead to serious health concerns, the longer you ignore it. For example, being overweight can lead to higher blood pressure, which can result in heart and kidney disease, as well as diabetes. I would also advise a yearly vision screening, to prevent glaucoma and cataracts from developing. Lastly, make sure to have a flu jab every year and, after turning 70, make sure to have a shingles immunisation.

Studies have also found that men are less likely to see a GP if they are experiencing health problems, preferring to ignore the issue. This is something that needs to be avoided at all costs in older age – any concerns regarding health should be flagged as quickly as possible, as the older we become, the slower our bodies fight disease, often leading to unnecessary complications if left untreated.

This avoidance of health issues is especially true when it comes to men’s mental health. The Men’s Health Forum’s statistics from 2016 show that only 36 per cent of referrals to mental health services are for men, while the Mental Health Foundation found that depression affects 22 per cent of men over the age of 65 and that nearly 85 per cent of older people do not receive help from depression. The greatest cause of depression for men is social isolation, especially if they have mental or physical concerns – they feel less able, and as a result, less willing to socialise with friends and family, as they fear that they won’t be able to keep up. According to the World Health Organization (WHO), other causes can be a drastic lifestyle change, such as retirement, loss of independence, development of a disability, as well as loneliness and bereavement. Lastly, should men find that they are struggling with their mental health, they are significantly less likely than women to take advantage of community-based services – this is true for both older men and even male carers, who often struggle with depression, yet do not seek support from the services available.

The best way for men to address their mental health is first to acknowledge the feelings of sadness, frustration and/or anger and make a conscious decision to deal with them. Alternatively, if a man close to you is displaying symptoms of depression, you should try and speak to them about their feelings as much as possible, encouraging them to open up and air their frustrations. The next step is to seek professional help – whether through private or public services. A trained professional will be able to suggest appropriate coping strategies and methodologies to help you cope with mental health problems.

Grainne McCarthy, is the Clinical Lead at Elder (www.elder.org), an online platform that provides high quality live-in care to customers across the UK. In her role at Elder, Grainne is responsible for making sure that Elder’s customers receive the best possible care and that the company follows correct procedures and regulations, as well as reviewing the care practices and maintaining high standards.