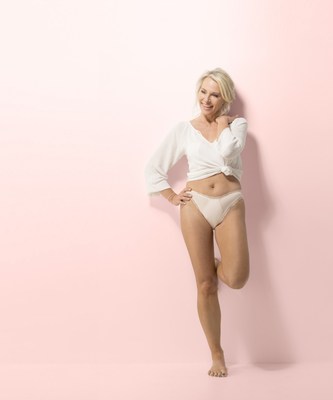 The first incontinence lingerie is hitting the United Kingdom, with hopes of removing the taboo behind light bladder leakage, or LBL.

Often stemming from a weakness in your pelvic floor, one in three women and one in ten men are currently affected by urinary incontinence or ‘slippage’, which is around 300-500 million worldwide.

Aiming to compete against the larger absorbable pads, the new product by Confitex is designed to be rewashable and reusable, and to look and feel like regular underwear to give the wearer confidence.

LBL can be developed from a weakness in the pelvic floor and is often associated with childbirth or age, but young women can also be at risk through high-intensity interval training workouts.

The fears of embarrassment can cause consumers to shut themselves away, stop socialising or being active, and feel isolated.

“We believe it is a game-changer, so much so that we showcased our collection at New Zealand Fashion Week – including the first G-string designed for LBL.” said Confitex co-founder and CEO Dr. Mark Davey, “Pads and disposable underwear are neither environmentally friendly nor overly comfortable – and buying them regularly is costly and can be embarrassing at the supermarket or pharmacy”