CAREERS IN CARE: The unique journeys of care sector workers at Exemplar 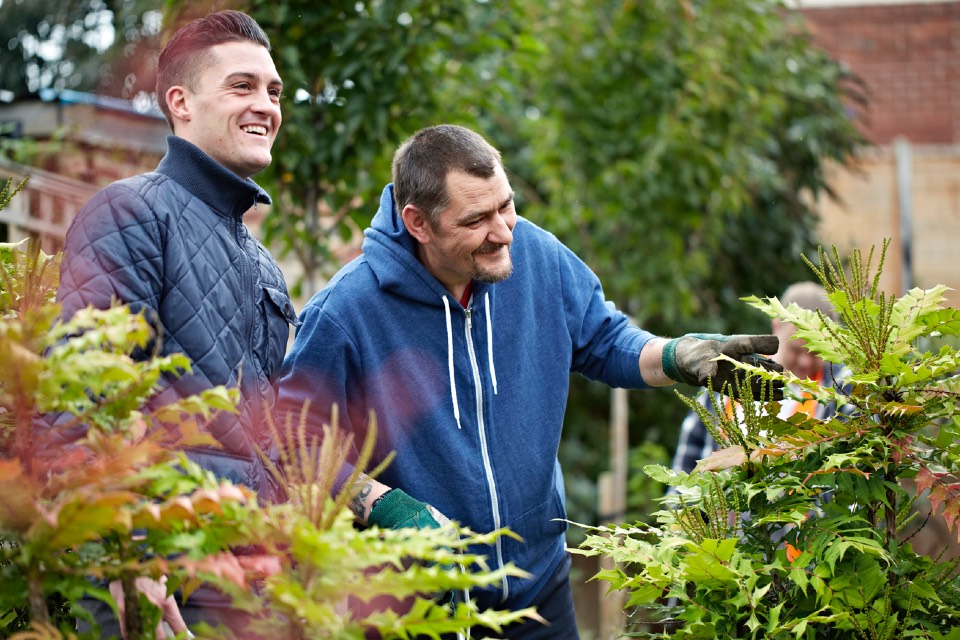 Julie Schofield in Castleford, Christopher Venton in Sheffield, and Angie Smith in Codnor, Ripley, support residents who live with a range of complex needs arising from complex dementia, mental health conditions and physical disabilities at Exemplar Health Care. They help them maintain their independence, build their everyday living skills and live a life as fulfilled as possible.

Below, they explain how they switched careers and how they adapted their skillset to work in the care sector.

At the age of 41, Julie decided that she was ready for a career change. She had been working in retail as a manager of a shop but was craving for something different. Nursing had always been of interest, but by the time she decided to start a career in care she thought that she was too old to become a nurse.

In 2006, with no previous experience, Julie began working as a health care assistant at Exemplar Health Care’s Fairburn Mews home in Castleford. She quickly progressed in her role and became the first team leader at the home.

After being encouraged by her colleagues to consider a role in nursing, Julie did some research and found that she qualified to apply to university. After applying and completing her course, she became a qualified nurse and was given a role at Fairburn Mews.

She said: “I realised that the fears I had about starting a new career later in life were actually what helped me the most as a nurse. The life experience that I have is different to someone fresh out of university. For those thinking of switching careers later in life – do it! It’s incredibly rewarding to pursue a dream I’ve had all my life. This is the proof that age really is just a number.”

After starting his career as a chef in the Armed Forces, Christopher spent most of his life working in restaurants and hotels. His life took a turn when the pandemic hit, as he was made redundant and struggled to find a role in the hospitality sector.

When Christopher was in the Armed Forces, he was also a trained First Aider, so he’s always had an interest in health care. The skills he had were transferable to social care, so he decided to apply for a role as health careassistant at Willowbeck in Sheffield.

For Christopher, the best thing about the role is building close relationships with his team and the residents. He shares: “At Willowbeck I work on the Ladybower unit which supports up to 10 people living with complex healthcare needs. I love that I work with the same people and team so I can see the difference we make each day. Every day is different, the role is varied and the training opportunities are great.”

Since joining, he’s achieved the Care Certificate and completed clinical training, which has enabled him to take on more responsibility in his role. He’s currently thinking about doing the Trainee Nursing Associate programme to develop his skills even further.

Having worked at Tesco for over 30 years and volunteering with local charities, 56-year-old Angie decided to work in social care to make a difference. After applying for a role at Yarningdale in Codnor, Ripley, she quickly realised that a lot of her skills were transferable.

Angie says: “As a Health Care Assistant, I listen to people’s needs, treat people how I would like to be treated and go out of my way to make the experience a good one. These are all values I shared at my previous role.”

She had also trained as a Mental Health First Aider in a previous volunteering role where she worked with people who had a history of alcohol and substance misuse. She is able to use the skills she developed in this previous role, as the home supports people living with complex mental health needs.

Angie has keen ambitions to develop within the company, wanting to do a Level 3 Social Care Lead apprenticeship or becoming a Trainee Nursing Associate.